Body Dysmorphic Disorder (BDD) is a preoccupation with the appearance of a certain part of the body. The sufferer feels that a part of their body, often their face, is defective in some way, and they can't bear to, for instance, see themselves in a mirror.

Hypnotherapy can often help people with this distressing condition. There will be a reason WHY you feel this way. Often, something traumatic has happened to you that you didn't understand. You tend to think there must be something wrong with YOU that must be visible to others, somehow.

I have to add a disclaimer here because, unfortunately, it doesn't always help. Please don't expect a miracle cure.

Check the nav bar for other pages.

Doctors will normally try to treat Body Dysmorphic Disorder with anti-depressants or anti-psychotics as they regard the condition as some kind of imbalance in the brain. This will be true in many cases, however, some sufferers may be helped by hypnotherapy treatment, even if this just results in a lessening of the anxiety surrounding the disorder.

Please note that it can also be a sign of psychosis. Hypnotherapy should never be undertaken on people with psychotic illness without checking with their doctor first.

I believe that this condition is a lot more common than is reported by the medical profession. I see many clients, especially women, who simply hate how they look. The problem is more about their perceived "fatness" than anything else. In fact, many women seem to hate their bums or their tummies. I am convinced that BDD plays a huge part in those with Bulimia and Anorexia.

Body Dysmorphic Disorder Fife is also complex. It can have many different facets and some will be much more challenging than others. There is a huge difference between being convinced, say, that your left arm isn't yours, to being convinced that your mouth looks horrible. Each sufferer has their own unique problem and so must be treated as an individual.

For most people, the condition developed at some point in their lives, rather than something they were born with. This means that events are involved - some thing or things have happened to bring on the disorder. This is where hypnotherapy may come in.

Hypnotherapy, specifically Hypnoanalysis, is a process in which the hypnotised subject can identify, through a process called regression, and then be helped to re-appraise, events that had subsequently affected them detrimentally. The emotional content of any memory is essentially its meaning - what the event means or says about the subject's place in the world. By changing how you feel about what happened, you also change the effect it can have on you.

Hypnoanalysis isn't easy for either the subject nor the therapist and, unfortunately 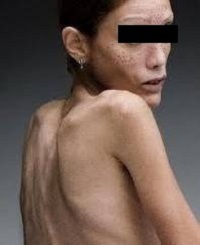 in my view, there are too many therapists who simply never use it. I liken it to having an infected tooth: you know that it will hurt to treat it, but it has to be done. In hypnosis, you feel more protected, so it's like the dentist's anaesthetic.

NB I don't intend to imply that hypnotherapy is some kind of panacea here. However, it can significantly improve how some people feel about how they look, and ultimately who they feel they are.

Do you know someone who needs help?


Scotland
Dalgety Bay Hypnotherapy - Average Rating: 5 out of 5 based on 106 User Reviews.