IBS (Irritable Bowel Syndrome) is an awful affliction. It can affect people in a variety of ways. Often there is pain or discomfort. One of the biggest problems is the sudden need to go to the toilet, which can strike at any time. Sufferers become afraid to go out. Every trip requires pre-planning as to where the toilet facilities are on the route - an absolute nightmare!

I have to add a disclaimer here because, unfortunately, it doesn't always help. Please don't expect a miracle cure.

Check the nav bar for other pages.

A leading expert in IBS, the editor of a specialist magazine for the British Medical Journal, has stated in a podcast to doctors: "there is no doubt in my mind that Hypnotherapy, in the right hands, is effective even in patients with severe forms of Irritable Bowel Syndrome". 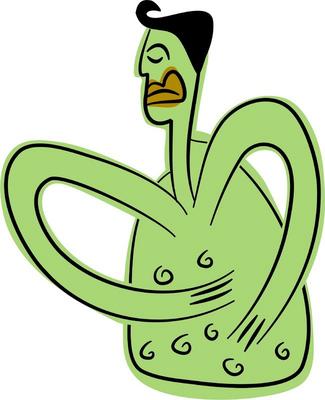 Dr Roland Valori, who is editor of the BMJ's Frontline Gastroenterology, said the research evidence which shows that Hypnotherapy could help sufferers of IBS was first published in the 1980s. He thinks it has been widely ignored because "many doctors find it hard to believe that it does work or to comprehend how it could work". Dr Valori, who is the Consultant Gastroenterologist at Gloucestershire Royal Hospital, recently won a prestigious NHS Leadership award.

Cutting out certain foodstuffs may help alleviate the problem, but this usually only works for a while, says Dr Valori. This is because dietary measures don't tackle the root cause - an overly sensitised gut. One of the best ways to do that is to use Hypnotherapy, he says.

He began referring IBS patients for Hypnotherapy in the early 1990s and has found it to be highly effective. He conducted a medical audit into 100 IBS cases where Hypnotherapy was used. He found that Hypnotherapy significantly improved symptoms in nine out of ten of them.

It stopped symptoms altogether in four out of ten, while the remainder said they felt more in control of their symptoms. "To be frank, I have never looked back," he said.

As reported in BBC:-

Do you know someone who needs help?

You are here:  Home > Treatments >IBS


Scotland
Dalgety Bay Hypnotherapy - Average Rating: 5 out of 5 based on 106 User Reviews.

Specialist treatment to help you take control of eating and feel better about your life. Hypnotherapy for Irritible Bowel Syndrome (IBS). Sessions last 2 to 3 hours. 5, based on 106 reviews